Are you sure you want to log out?
Yes 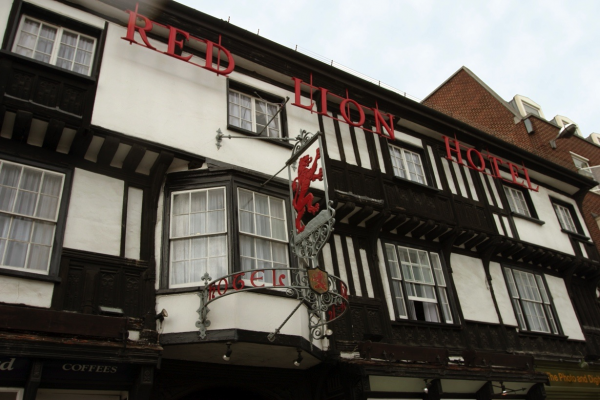 The Brook Red Lion Hotel is one of Colchester's most charming inns ? which is impressive, considering its reputation as Britain's oldest recorded town. With origins in the 15th century, Brook Red Lion Hotel is a hodgepodge of wonky black Tudor beams and softly lit warren-esque hallways. Even more interestingly, it arches over one of the ancient shop-lined alleyways that cobweb Colchester's city centre.rnrnIf diners fancy a tale, the friendly staff will happily tell a story or two about the history of the Brook Red Lion Hotel ? including the myths of the ghosts that are said to wander the halls. They'll also guide diners through the Brook Red Lion Hotel's afternoon tea menu, which is served in the cosy lounge and commences with a generous helping of sandwiches dressed with traditional fillings like peppery egg mayonnaise and smoked salmon. The scones are heaped high with jam and cream, and come followed by a sublime offering of sweets that could include home-made chocolate brownies and Victoria sponge.rnrnIf diners feel inspired by Brook Red Lion Hotel's colourful history, they should take some time to explore the equally colourful town of Colchester. The hulking Norman castle is just along the road from the Brook Red Lion Hotel's high street locale; it comes with a flower-laced park and the remains of a Roman temple. And just under the hotel's old coaching inn archway lies a narrow shopping street that leads to Colchester's impressive shopping area. All of the high street names ? as well as some fascinating little boutiques ? are within a few minutes' walk of Brook Red Lion Hotel.