Are you sure you want to log out?
Yes

Not available on Thursday evenings

Not available on Fridays

Not available on Saturdays

Not available on Sundays 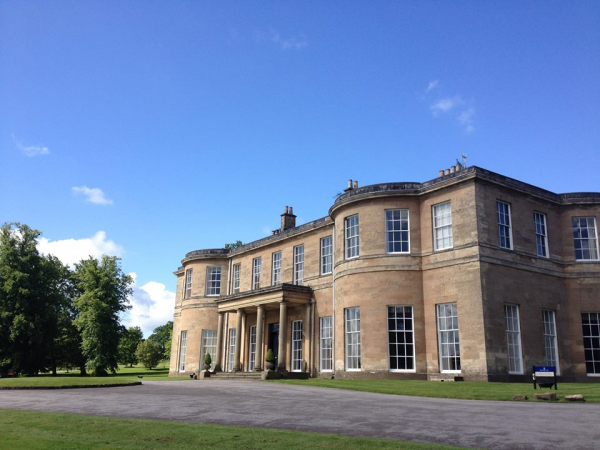 Ensconced amongst picturesque parkland, country gardens and wild woodland, Rudding Hotel is a Harrogate hotel that offers afternoon tea with a truly scenic backdrop. But it's not just the scenery that woos visitors ? its fabulous restaurant and top notch ...
Read more

Ensconced amongst picturesque parkland, country gardens and wild woodland, Rudding Hotel is a Harrogate hotel that offers afternoon tea with a truly scenic backdrop. But it's not just the scenery that woos visitors ? its fabulous restaurant and top notch service have resulted in TripAdvisor reviewers crowning Rudding Park the best hotel outside of London ? a trophy that goes well with its AA Red Star award.rnrnThe esteemed AA has also awarded Rudding Hotel's Clocktower Restaurant with an AA Rosette. The main dining room is crowned with a rose-coloured chandelier, but Rudding Hotel's afternoon tea is more likely to be served in the restaurant's conservatory or on the terrace. A 400-year-old olive tree takes centre stage in the delicately decorated conservatory, while the terrace watches over the hotel's quintessentially English country garden that overflows with flowers. rnrnLike all of the menus here, Rudding Hotel's afternoon tea transforms with the seasons. As such, the array of cakes could include pistachio macaroons and red berry tarts with mango mousse, or éclairs sweetened with Chantilly cream and double chocolate brownies peppered with popping candy. The sandwiches on Rudding Hotel's afternoon tea menu are a creative bunch, too, and feature flavours such as tomato, mozzarella and rocket and crayfish, sweet chilli and coriander. The scones, on the other hand, bow to tradition ? they're home-made and served with clotted cream and strawberry jam.rnrnThere are a couple of variations on the Rudding Hotel's afternoon tea. For a little bit of luxury, diners can start the tea with a glass of Champagne. Or if diners would rather a smaller bite to eat, they can opt for the classic cream tea that showcases the chefs' freshly made scones. There's also a children's afternoon tea on offer, which lays out a small selection of sandwiches and sweets.